A Nigerian man has revealed his WhatsApp chats with a slay queen that went sideways over his refusal to give her N1k.

The man identified as @thetoluwanimi revealed that after getting the lady’s number from Twitter, he chatted her up but she didn’t respond well at the beginning and later on she didn’t talk again.

The man revealed that the slay queen ignored him for seven days only to respond on the 26th of May asking him to help her with N1k.

The guy declined to help and the lady responded that she doesn’t believe he doesn’t have with the guy’s display on social media.

This resulted in a heated exchange between the two. Read the chats below: 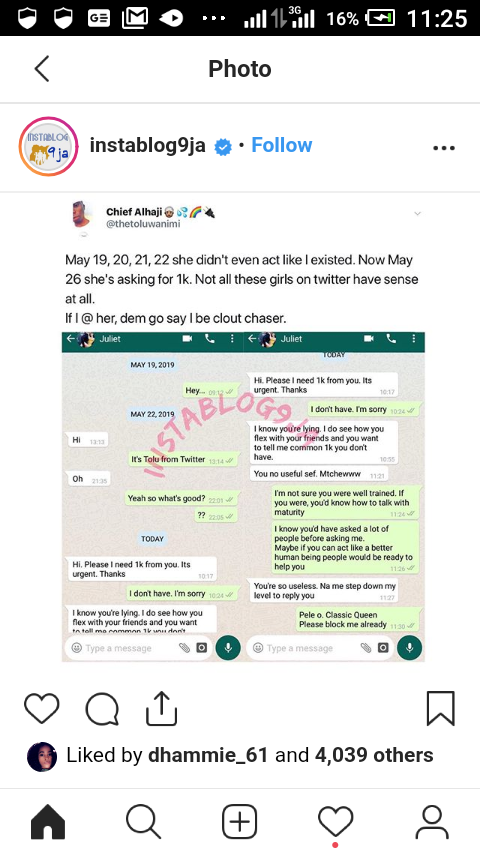