Comedian Funnybone has reacted to the threat that he will be imprisoned issued by Nollywood actress, Tonto Dikeh.

Trouble broke out between the two celebrities when the comedian advised the actress to move on with her life after her failed marriage.

This advice did not go down well with Tonto Dikeh, hence she lashed back at Funnybone.

The two have not allowed the sleeping dog to lie since then as both have continued to exchange words.

Now, the comedian has struck again as he has taken to Instagram to reveal that the social media space is not a place for healing. 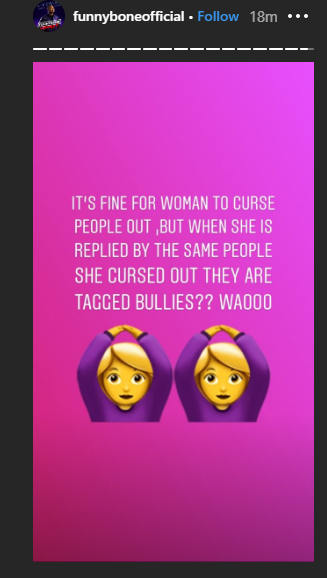 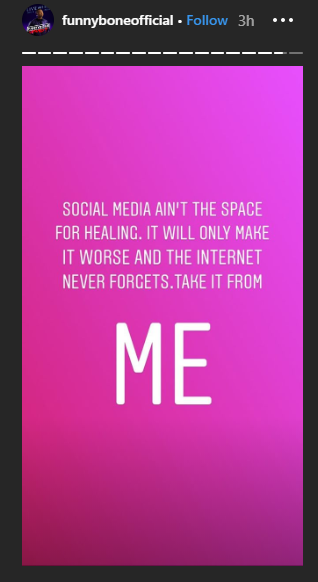