Mavin Records producer and singer, Michael Collins Ajereh aka Don Jazzy has revealed that the entertainment industry is selfish and jealous adding that it is not an easy job juggling marriage and entertainment.

This transpired after a fan questioned if an entertainer’s marriage could positively or negatively affect his or her career during an Instagram Question and Answer segment.

Although,  a lot of questions were thrown at the producer which he diligently answered. He was also asked whether he was richer than Starboy, Wizkid. He gave an unexpected reply which was ‘nope’. One could think with all his achievement, he should be richer than the singer.

One of his followers couldn’t help but to commend him for his humility. To which another follower asked how he still continued to remain cool despite of his collaboration with renowned international artiste. He replied with an advice that people will do way more than another person so be calm and do more. 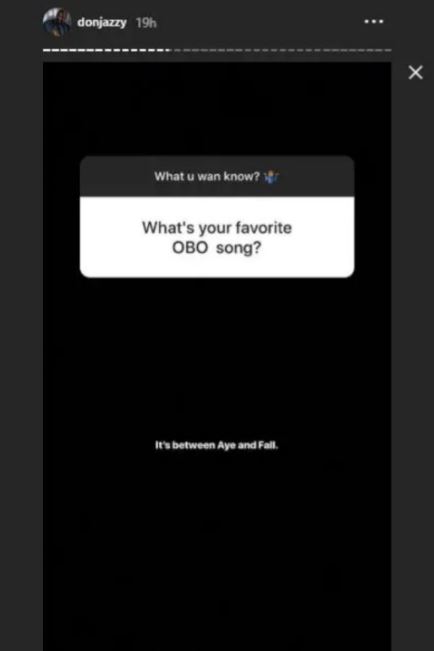 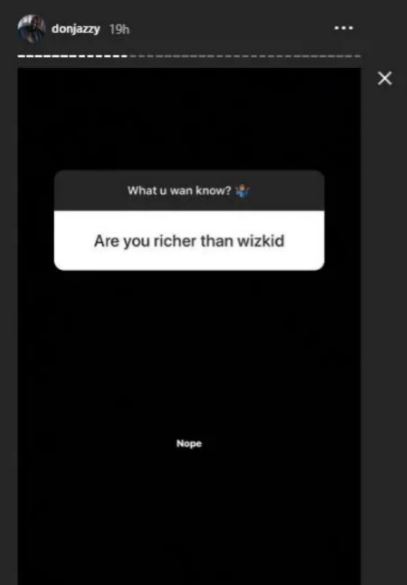 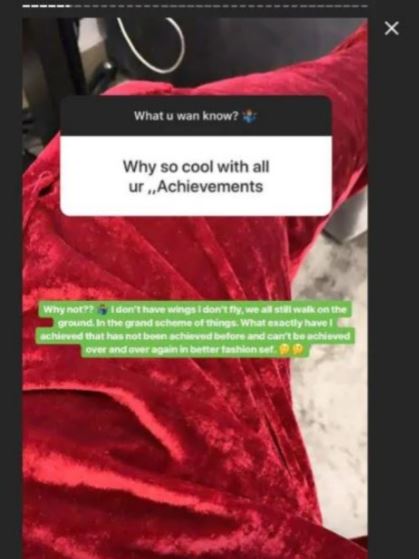 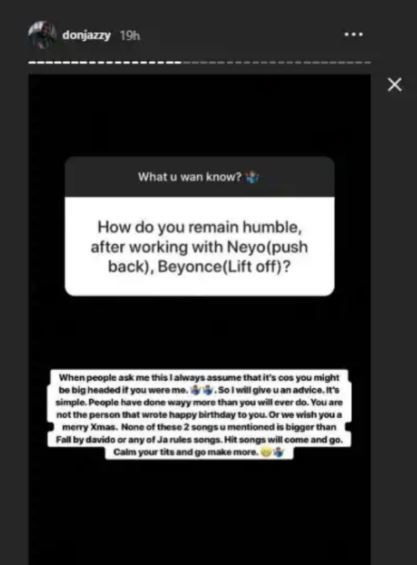