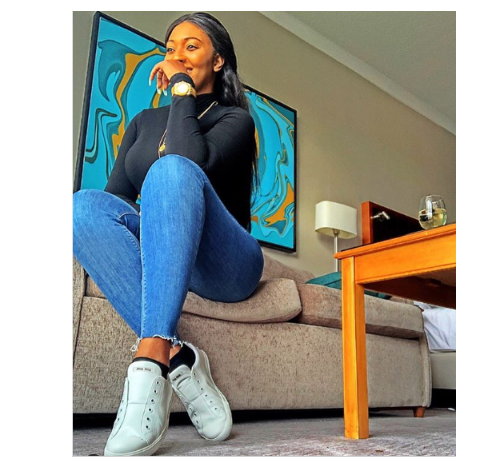 The woman, a US-based Nigerian businesswoman known as Sandra, took to social media to reveal that she is pregnant with Ubi’s 4th child and has been living in his home for a while now.

Unbothered by all the drama online, Ubi’s ex-wife Lilian Esoro has now taken to IG to share a stunning image of herself with the caption;

‘I read somewhere once that ‘time’ is a predator that stalks us all our lives. But I rather believe that time is a companion who goes with us on the journey and reminds us to cherish every moment because it will never come again.’

Ubi has three kids already, welcoming the third a few weeks ago.