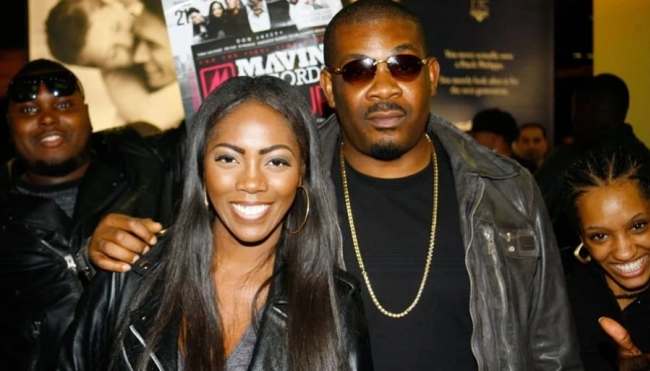 Tiwa Savage broke the internet on Thursday after news broke that she has signed a record deal with Universal Music Group (UMG).

Fans of the singer including a former record label, Mavin boss, Don Jazzy couldn’t hide their happiness for her. Don Jazzy took to Instagram to share a very beautiful message to her, thanking her for an amazing 7 years.

In her reply to Don Jazzy’s farewell message, Tiwa says she was only going to make him proud. She asked Don Jazzy to promise her that their relationship will never change.

“If I said today wasn’t emotional for me I would be LYING. Please promise me that our relationship will never change. I only want to make you proud of me. Not every superhero has an ‘S’ on their chest.

“You are my superhero DON DORO BUCCI. 7 years, 7 the number of perfection. I LOVE YOU ALWAYS AND FOREVER,” her farewell message read in part.”

Don Jazzy had earlier written a farewell message describing the seven years of working with Tiwa as epic.

Tiwa Savage’s deal with UMG makes her the first Nigerian female act to be signed to the label.

In 2018, she made history by being the first female to be awarded the Best African Act at the MTV European Music Awards and has since continued to make international deals.