Comedian Funnybone does not seem to be bothered by Nollywood actress, Tonto Dikeh’s comment that he should keep his advice to himself.

Tonto slammed the comedian after he told her to move on with her life and stop attacking her ex.

Instead, the comedian has promised to make jokes about during his upcoming show on the 9th of June. 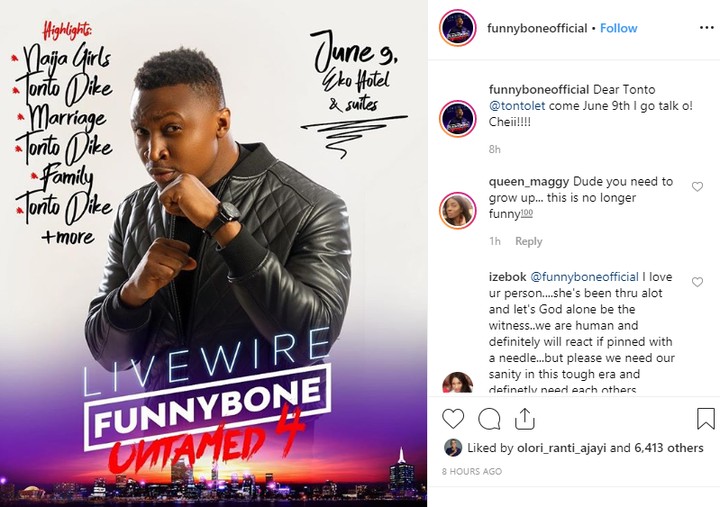 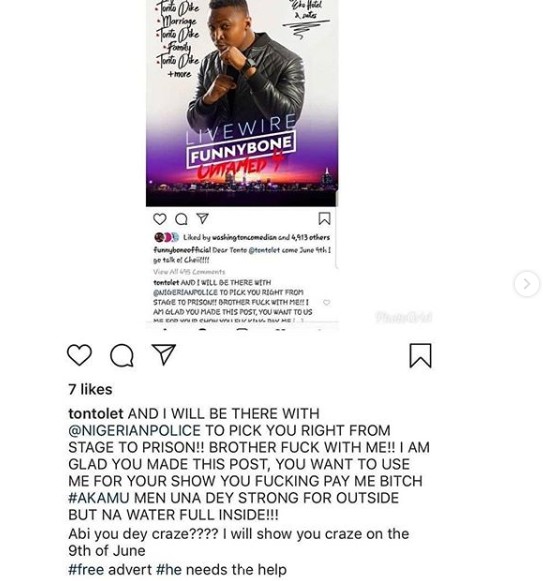