A Nigerian lady identified as @Sisi Temi has called out telecommunications giant, Airtel over what she perceives as a tribalistic advert.

In the adverts by Airtel, two women, mothers to husband and wife were exhibited as subtle enemies.

One was played by actress Ngozi Nwosu, she played the Bride’s mother, a woman who has evolved, using blenders, autogeles and selfie sticks.

The other was played by Idowu Phillips popularly known as Iya Rainbow. She played the Groom’s mother who preferred the mortal to blenders, prefers the traditional way of tying gele and ruined the kitchen when she tried to use the blender.

The advert was to pass a message that the 4G network is better than 3G. “Life evolves, you should too, ” comes at the end of the adverts.

However, a Nigerian lady feels there’s more to that. She was concerned about why the Yoruba woman had to play the moronic part.

She stated that adverts are a representation of the society and misrepresentation can be internalized by the viewers especially young kids.

Read her thread below:

“I think I have had enough with @AirtelNigeria commercial making the Yoruba woman look moronic.
She’s the one that doesn’t know how to use a blender, water dispenser, Auto galé even travelling box…Whyyyy?

“It is absolutely absurd that two women of same socio-economic and educational background are put in a kitchen and one of them, for some reason, is made inferior to the other….

“She was made to receive mockery from the Igbo woman who for some reasons knew how to use the appliances while she couldn’t. Lol. Worse still, she tries her hand at the blender and messes the kitchen up. Like they couldn’t even pretend she was smart enough to close the lid.

“Unfortunately, Nigerians have jumped on the bandwagon to tweet at me rather than think or ponder on my points. It’s ok not to talk without getting full understanding of my points. Heck, just ignore if you can’t get it.

“We should understand that Adverts are not just adverts, they are a representation of our society and misrepresentation is very costly. It’s why they say beware of what your kids watch.

“Wanna pretend you don’t remember the effect adverts have had on you especially from when you were a kid? The actual point of the Yoruba woman needing to evolve is missed when you put one tribe as being unnecessarily smarter than the other in “using kitchen appliances”

“Do we want our kids thinking their Yoruba granny/mum etc goes into the kitchen and is unable to use a blender or lacks knowledge of what a water dispenser is for as I saw in another advert of @AirtelNigeria?

Why the hell do you think adverts in developed countries undergo scrutiny? Cause they understand the effect of adverts, especially on young minds and target audience. Unfortunately, especially from the replies I’m getting, we have a long way to go in Nigeria.” 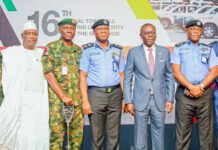 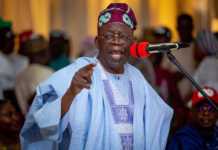