TripleMG record label boss, Ubi Franklin, who has been the lead character in a baby mama controversy in the past few weeks,  has penned down a message to those he knows to hate him and others he doesn’t.

In his message to know to those who hate him he knows and doesn’t, Ubi Franklin stated that it is quite a heavy burden to bear and he will pay no attention to them.

If you hate me and I don’t know your that’s so much a burden to carry, and if I know you it’s even worse cos I’ll pay you no mind 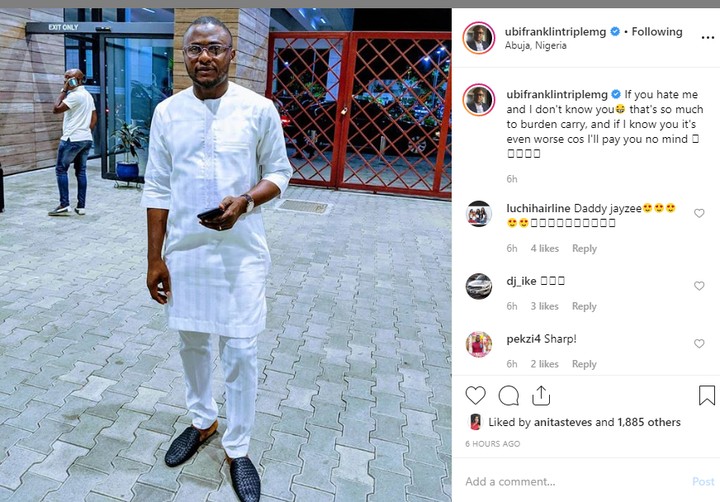