Nollywood actress, Daniella Okeke, has called out controversial figure, Stephanie Otobo, over allegations of being in a relationship with Apostle Johnson Suleman.

It should be recalled that when Stephanie Otobo was embroiled in a controversy with the clergy, she listed Daniella Okeke as one of those involved with the clergy.

The actress has finally responded to the allegations. She called out Stephanie Otobo, who she claimed changed her name, to say the truth concerning the issue.

The actress pointed out that she has been silent for too long over the issue and advised Stephanie Otobo to speak up or else….(we anticipate her action). 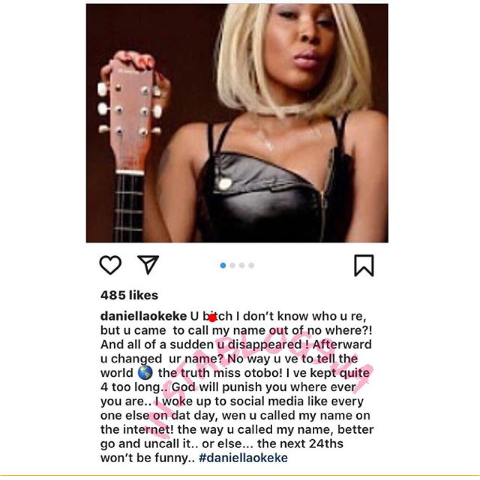