A new report has confirmed that the United States embassy in Nigeria has suspended ‘drop box’ visa application in Nigeria.

The new report was made known via a statement released by the embassy which stated that drop box visas or interview waiver for those renewing visas will no longer be allowed.

This new rule simply stated that anyone renewing their visas must now appear for every visa interviews like first timers.

Read the statement released below; 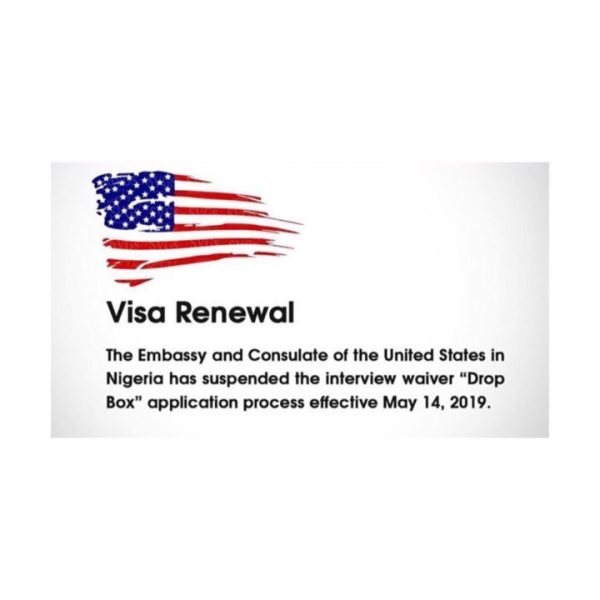