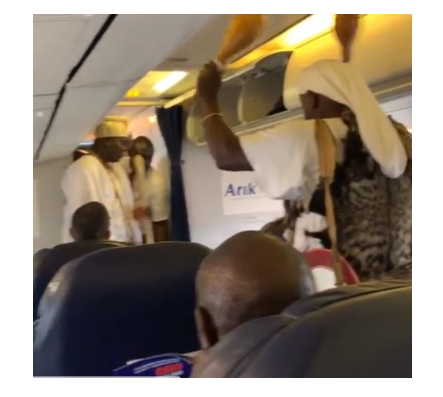 Drama broke out amongst Nigerians on an Arik Air flight from Port Harcourt to Lagos as the Oni of Ife Oba Enitan boarded the plane.

People began to plead the blood of Jesus after the Ooni’s diviner began performing some sort of traditional rites.

The diviner was dressed in an attire befitting of his position, kept performing the right until the Ooni sat down.