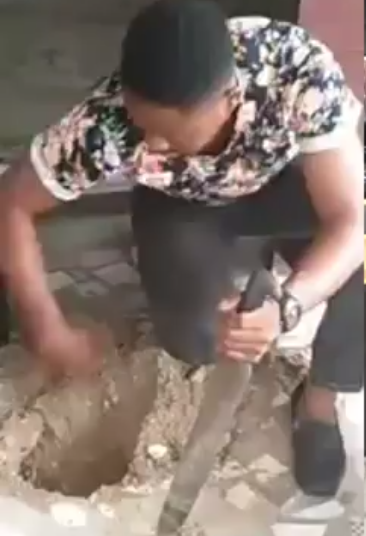 A Nigerian man who specializes in Interior decoration has been lynched by an angry mob and asked him to uproot the charm he buried in front of his business place in the early hour of today.

According to the now viral video, the man was seen bringing out the fetish items from the ground of his workshop where he produces furniture and kitchen cabinets.

According to an eye witness account, trouble started when the young man’s employees began to complain and accused him of taking their luck.

The Incident is said to have happened around Sangotedo area of Lagos State.