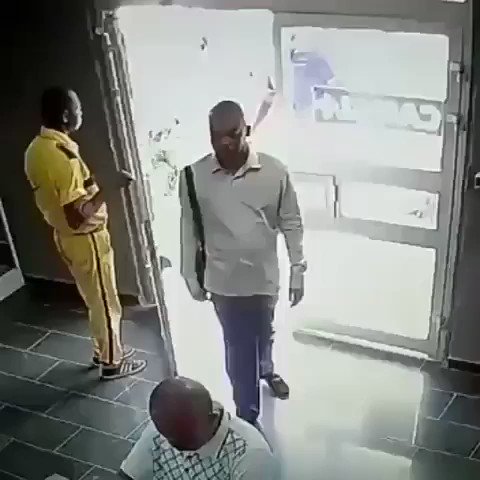 A video has emerged where-in an handicapped man led a robbery syndicate to rob a yet to be identified bank in one of the African countries.

According to the now-viral video, the armed bandits entered the bank premises on the pretext that they were going for transactions and waited for the handicap to enter.

The handicap who seems to be their leader entered with his other men strategically located moved towards the cashier in disguise before moving away to pull his gun out very fast.

The other armed men joined in and they overpowered the security man on duty before making away with valuables.