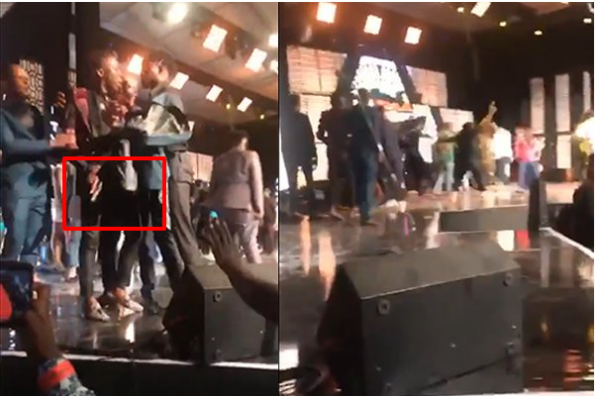 Many got the shock of their lives at the Ghana Music Awards, last night.

According to videos which have since been circulating on social media, Stonebwoy pulled a gun on Shatta Wale at the award show.

Issues started after Stonebwoy was announced the winner of ‘Reggae/Dancehall Artiste of the Year, an award he has won or the fifth consecutive time.

Just as Stonebwoy went on stage to receive his award, Shatta Wale and his crew members stormed the stage causing Stonebwoy to quickly pull out a gun.

In no time, the security officials at the Dome started spraying the patrons of the award with pepper spray and guest were hurriedly taken out of the venue.