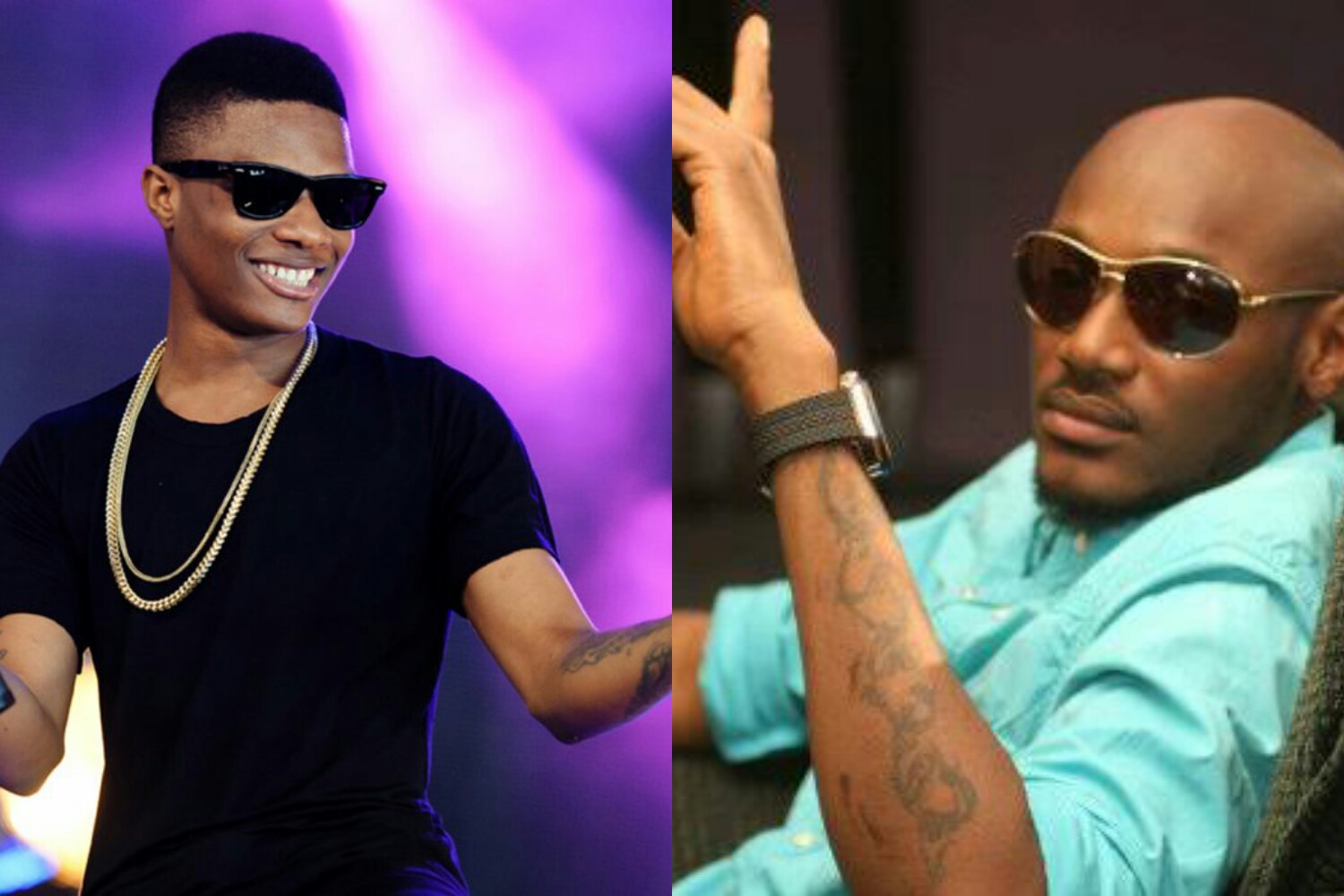 Twitter is abuzz as fans have taken to the social media platform to argue over the way Wizkid greeted Surface at Patornaking’s album launch held last night.

The singers had attended an event by Patoranking and ran into each other with Wizzy bowing and greeting the music icon Tuface.

This, of course, did not go down well with many who felt Wizkid did not properly greet Tuface as they expected that the former should have either started or done something more ‘respectful.’

Check out some of the savage comments below;

Wizkid respects 2baba so much. See how he greeted the man. There was a time wizkid mentioned 2baba’s name after receiving an award, praising 2baba. Pls let’s be guided 2baba is legendary wizkid is bound for more

No wonder u have butter at the place brain is supposed to be. 2baba over him any day any decade even if he like let let feature angel gabriel

Keep in mind..2baba remain 1 of the many artist he respects and at that he was still kinda having a conversation with pato