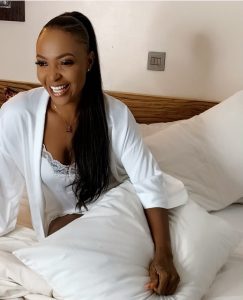 Nigerians have taken to their Twitter handle to react to the now-viral video wherein the real owner, Onye Eze, of the house which blogger, Blessing Okoro, claimed as hers was seen humiliating and arresting her.

While some argued that his actions were called for some said her action is not criminal and as such she shouldn’t have been humiliated as much as that.

The action of Onye Eze is uncalled for and intimidating. He is acting like someone who has been looking for an opportunity to announce his wealth to the world. The girl has apologised, why disgracing and arresting him?

What are you people saying? Onye Eze’s action is uncalled for? In as much as I pity the Blessing lady, this action will serve as a lesson for people that are living fake lives for social media clout. Dragggggggggg and arrest the lying bastard!

People that say the Onye Eze guy is overreacting don’t know anything. We once allowed someone that worked for us live on our property free and we never checked and one time we found out he had rented the house to several people. It took us 18 months to get them out