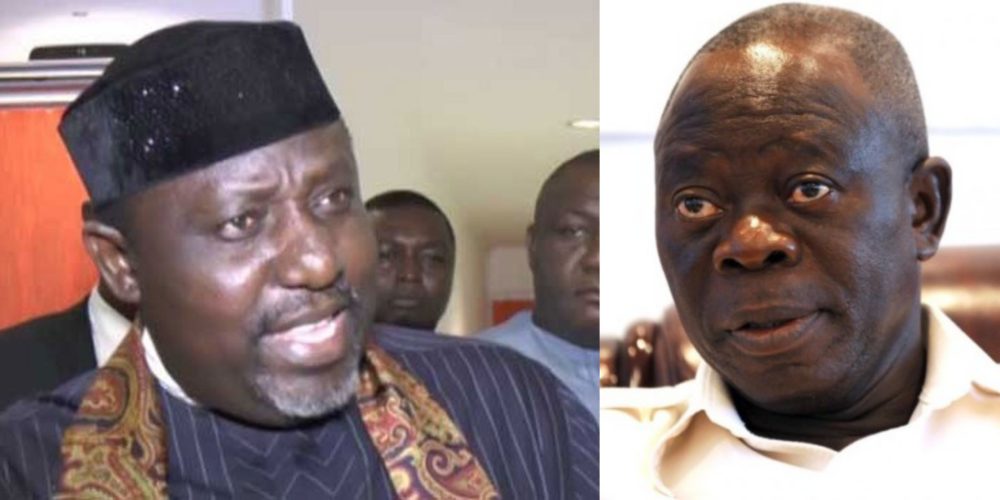 The outgoing governor of Imo state, Rochas Okorocha has to be the king of “no chill” as he was heard in a recent video throwing major jabs at some members of his political family.

The governor who was speaking recently during a meeting with other governors was heard advising the chairman of the forum to disassociate his himself from the likes of Adams Oshiohmole(National chairman of the All Progressives Congress) and Governor Nasir el-Rufai of Kaduna state.

Governor el-Rufai’s reaction as soon as the outgoing governor mentioned his name are beyond explanation – One could see that the comment did more than throw him off balance.

Watch the video as shared by @romeocza, a Twitter user.