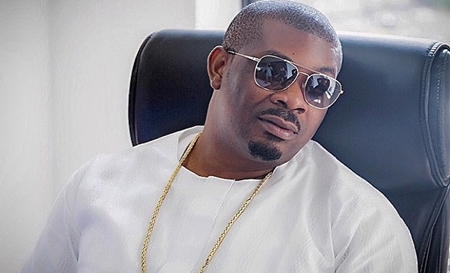 A critic took to Twitter to inform Mavin boss, Don Jazzy that his verse on B-Red’s latest song, ” E Better”, spoilt it.

The song “E Better” was released by the HKN artist in April, wherein the featured Don Jazzy.

According to the fan, Don Jazzy’s verse on the song was what spoilt it — However, Don Jazzy in his response said the critic can stop the song when it gets to his part.

lol pele. off am when e reach my verse. https://t.co/Yy1shBFKnf