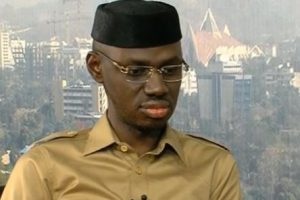 A Former Deputy National Publicity Secretary of the ruling Progressives Congress (APC) Comrade Timi Frank, has shared that  President Muhammadu Buhari is still an illegal   President until the supreme court ratifies his victory.
He made this call in agreement with the leader of the Afenifere group, Pa Ayo Adebanjo, who is also of the opinion that until the Supreme court pronounces Buhari winner, he is still an illegal president-elect.
The duo is optimistic that Peoples Democratic Party(PDP) candidate, Alhaji Atiku Abubakar, would emerge victorious at the election tribunal.
He made this known during a town hall meeting in Sagbama area of Bayelsa state.