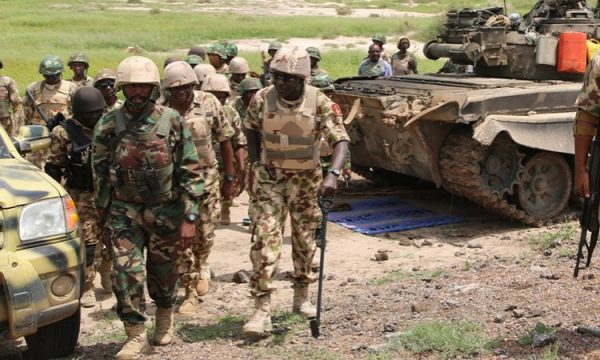 The General Officer Commanding (GOC) 6 division of the Nigerian Army has shared that Governor Nyesom Wike of Rivers state offered him billions of Naira as a bribe during the gubernatorial poll in the state.

According to a statement released by the division’s spokesman, Saram, Wike became his sworn enemy simply because he turned down the bribe which was meant to compromise the elections which held in the state.

Part of the statement reads:

“Wike’s resentment against me is based on my choice of professionalism and integrity over the billions of naira offered me by the Rivers state governor to compromise the 2019 general election,”

“My refusal to be bought over and the rejection of the hefty offer is the genesis of Wike’s hatred and vociferous criticisms of me.