The Kano state prison command has nabbed a young lady identified as Rifkatu Anthony as she attempted to smuggle 39 wraps of Indian Hemp into prison.

The young lady was nabbed by the Intelligence Unit of the Nigerian Prisons Service (NPS) attached to the Kano Central Prison. 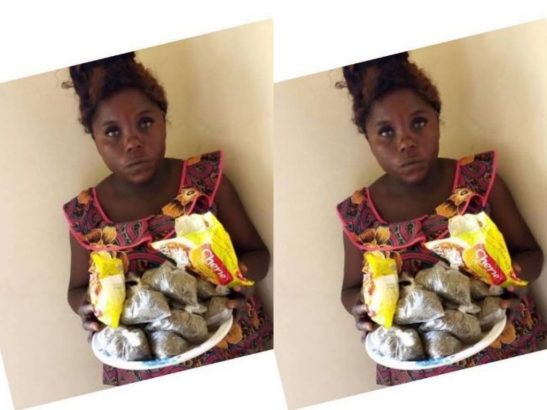 According to reports, she hid the Indian hemp in harmless packs with hopes of being able to deliver them to inmates in the prison.

Upon being interrogated the woman feigned ignorance of the Illicit substance in her possession, she claimed the items were given to her by one ThankGod to deliver to the prison inmates.

She has since been arrested.