Nigerian songstress, Yemi Alade has disclosed the circumstances under which she can collaborate with her fellow colleague, Tiwa savage on a song. 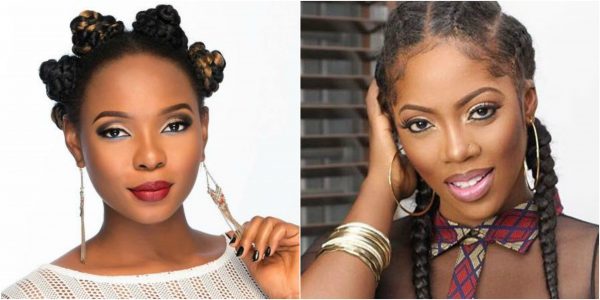 The musician who recently released a song featuring American rapper was interviewed by Sunday Scoop. She was then questioned on whether she will be collaborating with Universal Music Group signee.

To which she replied,

“If it is the will of God. We, female artistes, are all doing great things and putting music out there. Being the biggest female artiste or not, I am very happy where I’m and I’m happy for other females in the industry.”

Speaking on the supposed beef between her and her colleague, she brushed off the question, saying,

“We are here for the music; so, let’s keep our focus on the music.” Alade also stated that she was satisfied with her growth musically.

She further spoke on her collaboration with Rick Ross saying,

“I believe so much in growth and the process. When I saw an opportunity to collaborate with Rick Ross, I grabbed it. Working with him was an amazing experience; he is an inspiration. Despite my success, I still want to tour the world, reach out to new places and make more music.

She also made known that she is not under any undue pressure to tie the knot and wouldn’t conceal it from the public when the time comes.