Tonto Dikeh had been reported to have called her ex, an internet fraudster, claiming to have caught him in the act.

Funke Adesiyan however reacted to Tonto’s comments, going as far as labelling her a “disgracetowomanhood.”

“Some partners are toxic. Their toxicity will destroy you, your core and existence. May God not let us fall victims of ” oloriburuku” partners. Amen!

Don’t know why it is so difficult for her moving on.” 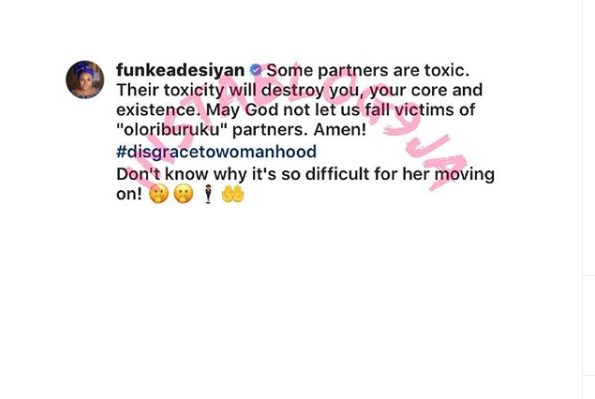