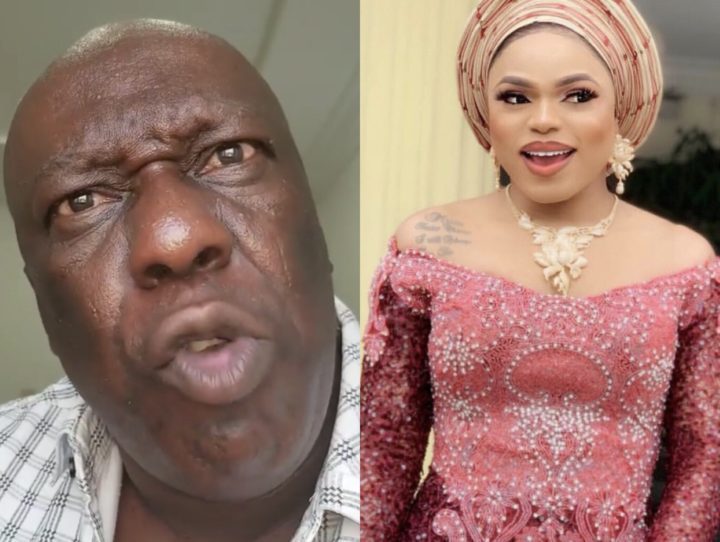 Things are getting hotter by the day as Nigerian crossdresser Bobrisky has dragged veteran Nollywood actor, Charles Anwurum for insulting him.

Recall Charles had taken to social media to share a video which saw him slamming Bob alongside every Nollywood producers who has featured Bob in their movie.

Charles in the video dragged Bobrisky for being gay adding that curses will befall all the Nollywood directors who are featuring the cross-dresser in movies, which in turn is teaching the younger generation to be gay.

Bobrisky has now responded and as expected it is far from pretty.

Read his insult below; 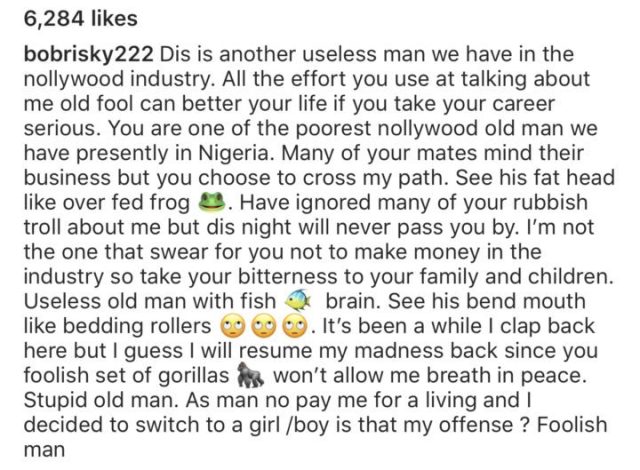