Controversial OAP, Daddy Freeze has called out Leke Adeboye, son of the General Overseer of The Redeemed Christian Church of God, over his comment about the pastor who committed suicide.

Leke Adeboye had lamented that there was no justification for suicide and he declared the pastor who committed suicide is not going to heaven.

Daddy Freeze in response has called him insensitive to the situations of things.

Also Read: ‘Very soon people will realize my uterus is not their home’ – Adesua Etomi

My dear brother Leke,
How are you? The leader of the FreeNation In Christ greets you and brings glad tidings.
–
We might have started off on the wrong foot as a result of my harsh criticism of you and your parents, I apologize, please forgive me, henceforth my criticism would be from a place of love and mutual respect.
–
This nonetheless, I have a mandate from God to eradicate erroneous doctrines in the body of Christ.
–
Now, permit me to say dear brother, that your tone in this message rubs off as rather insensitive to the plight of the young man’s family in the aftermath of losing their loved one, especially since he attended RCCG.
–
Also, the statement you made; “after all the sacrifices made on earth and now not to make heaven,” is rather judgemental in my opinion and not scripturally correct for suicide victims, being one of the many incorrect teachings of today’s church.
–
The scriptures inform us that death is like sleep:
◄ John 11:11 ►
NIV
After he had said this, he went on to tell them, “Our friend Lazarus has fallen asleep, but I am going there to wake him up.”
◄ 1 Corinthians 15:20 ►
NIV
But Christ has indeed been raised from the dead, the firstfruits of those who have fallen asleep.
–
Death is like sleep that men would eventually wake up from, as long as we believe in the power of the resurrection of Yahushua, the first fruit of those who slept.
–
The scriptures also tell us that God wants all men to be saved because he so loved the world he gave his son (John 3:16), and that he wants us to come to the true knowledge of his truth.
–
◄ 1 Timothy 2:4 ►
NIV
who wants all people to be saved and to come to a knowledge of the truth.
–
Yahushua clearly said, in Matthew 25 from 31, that when the final judgement comes, he would separate those who will make heaven, from those going to hell, like a shepherd separates sheep from goats and suicide wasn’t one of the criteria he listed for the hell bound.
–
In no instance is suicide the answer, but if the church has taken marital wellbeing of members upon itself (with no scriptural support for this action), I feel mental health issues should also be a priority of the Church. ~FRZ 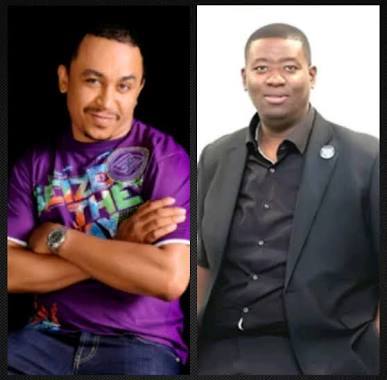 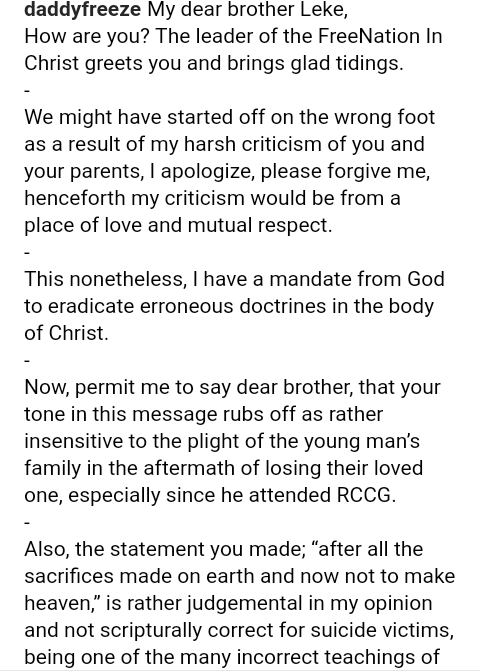 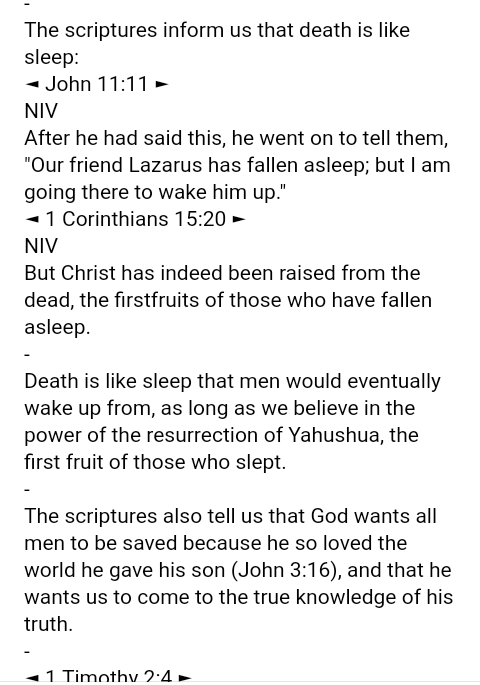 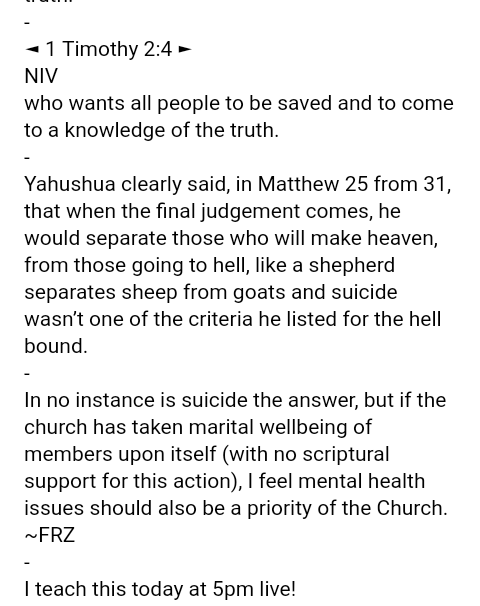