Actress and Comedienne, Etinosa has called out Slizeboy who said he was angry over the actress’s decision to defend Bobrisky over Charles Awurum.

@etinosaofficial why are u misleading the youth is not the right way to impact in other people’s lives that look up to you Haba.”

However, Etinosa who fired back at Slizeboy Ability stated that he is just jealous about the endorsements she has gotten so far as he has no hit to his name. She further stated that the singer who wants to trend with her name is way much older than Davido and Rema. 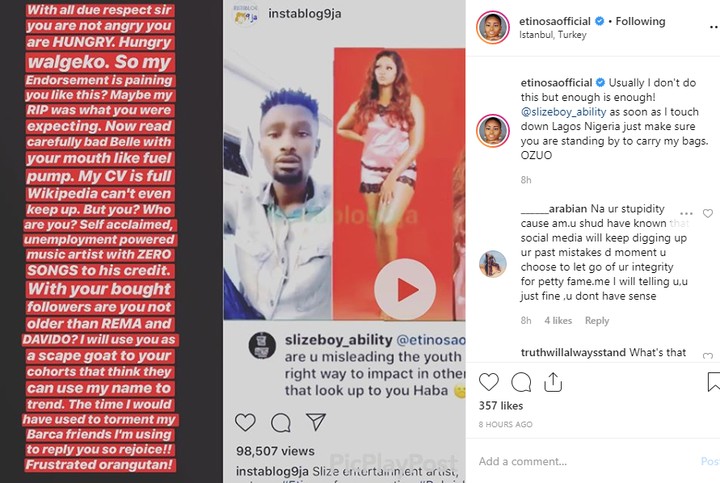 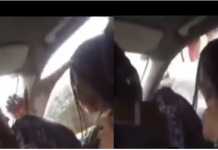