Former Big Brother Naija housemate, Nina, has reacted to the leaked chats indicating her plan to hire a Bentley to break the internet for her birthday.

It should be recalled that Informationng reported that the big brother star planned on hiring a car to pose as a birthday gift on the 31st of May.

Reacting to the news, Nina has debunked the rumours, as she claimed that the chats are not her own.

She pointed out that the blogger who broke the story is just bent on bringing her down. 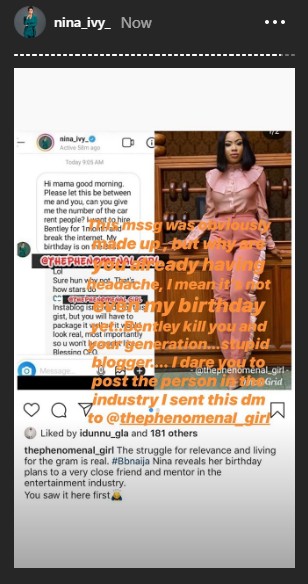