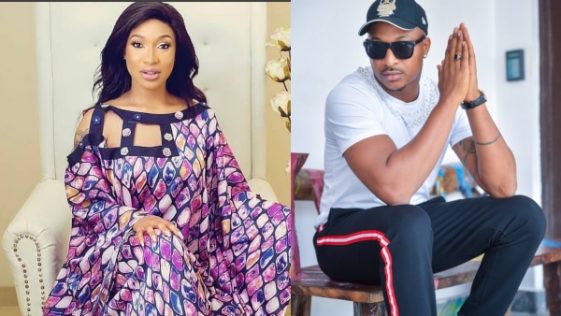 Controversial Nollywood actress, Tonto Dikeh, has warned her colleague, IK Ogbonna, to steer clear her business after dropping a post which is perceived as a jab on the actress.

Tonto Dikeh who took to her Instagram page to react asked the actor to think about his son and how the fall out between the two of them would affect his son.

She further warned the handsome actor not to ever mention her son’s name again. 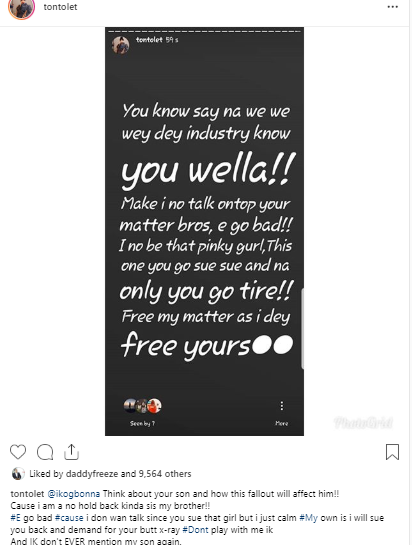