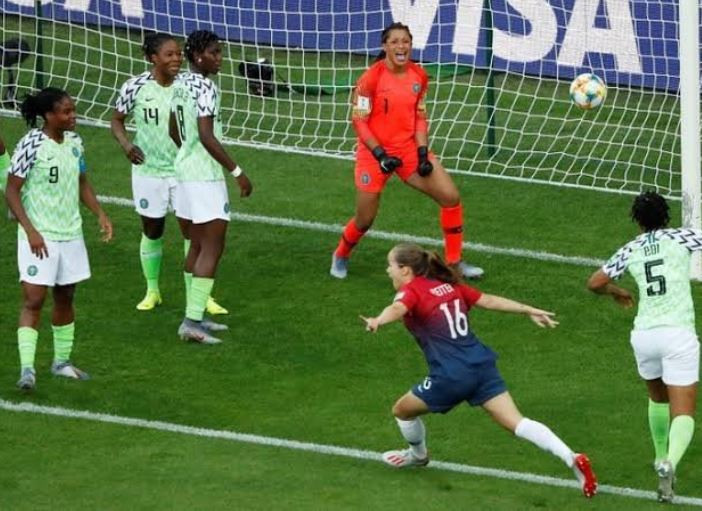 The Super Falcons of Nigeria have been defeated in the ongoing 2019 Women’s World Cup.

The women were defeated in the first-half by Norway who secured a goal when Guro Reiten’s shot deflected off Onome Ebi into the net.

Lisa-Marie scored the team’s second goal ending the match in a 3-0 defeat after an own goal by Osinachi Ohale.

The Super Falcons will face Korea Republic in their next game on June 12. Should they lose the next match, they will be eliminated from the tournament.