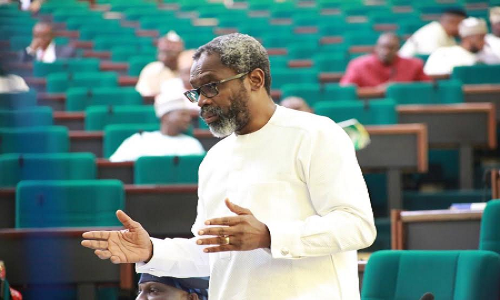 The member representing Surulere constituency in the lower chamber of the National Assembly, Femi Gbajabiamila, has been elected speaker of the 9th Assembly.

In this light, we bring to you 8 things you should know about him.

As a young lawyer, Femi Gbajabiamila started his career with the prestigious law firm of Bentley, Edu and Co, a Lagos based law firm where he distinguished himself as a brilliant legal practitioner.

He delved into partisan politics and offer himself up for service on the platform of the then Alliance for Democracy (AD). After a rigorous and highly competitive campaign, Gbajabiamila succeeded in ousting the incumbent member of the House of Representatives from Surulere constituency 1 and clinched his party’s nomination for the seat.

Gbajabiamila was the first and only legislator to bring a motion on the floor of the House for the invocation of the doctrine of necessity, during the illness and absence of President Umar Musa Yar’adua, which led to the swearing-in of Dr. Goodluck Ebele Jonathan as Acting President.

In 2014, Femi Gbajabiamila as the Leader of Opposition in the House of Representatives led his colleagues into the merger that gave birth to the All Progressives Congress (APC).