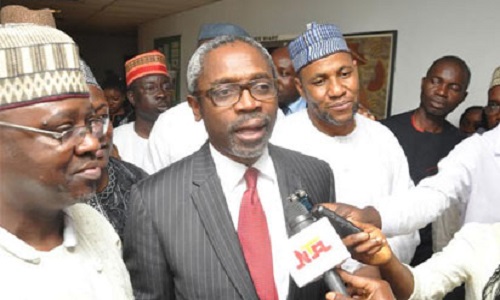 The Speaker of the House of Representatives, Femi Gbajabiamila, has said that the ninth National Assembly will meet the expectations of Nigerians.

Gbajabiamila said this on Sunday while speaking at a reception dinner organised for him by the Lagos state government.

”We can’t do a thing over and over again and get a different result. The ninth assembly is going to do things differently for the good of Nigerians.

”We started with the slogan nation-building is a joint task, it cannot be done by one person. The ninth assembly would work for the good of the country.

”We will put into practical terms the meaning of leadership; we are not just going to talk the talk, but we are going to walk the talk,” he said.

Gbajabiamila promised to be the speaker of all and not that of any particular region or state.

He thanked the people of Lagos for electing him for a record fifth term in the House of Representatives, saying he would not take their support for granted.

The speaker also thanked his family members and his colleagues in the House of Representatives for their consistent support.

He said he was indebted to Tinubu for inspiring him politically and helping to nurture his career.

Gbajabiamila said without Tinubu, he would not have gotten to where he was.

The speaker said he found the narrative before the House leadership election that a vote him was giving the Speakership to Tinubu very ridiculous.

He said those peddling that were doing so out of ignorance, as Tinubu only wanted the good of the country.

Gbajabiamila thanked the state government for the reception dinner, saying he felt really loved by the gesture.

He said the state was proud to see him emerge as the Speaker of the ninth House of Representatives.

The governor, while congratulating Gbajabiamila, said people expected so much from him.

He urged him to use his office to better a lot of the people.

NAN reports that the Deputy Speaker of the House of Representatives, Mr Ahmed Wase; Rep. Abdulmumin Jibrin and other members of the lower chamber spoke in turns, highlighting the leadership qualities of Gbajabiamila.