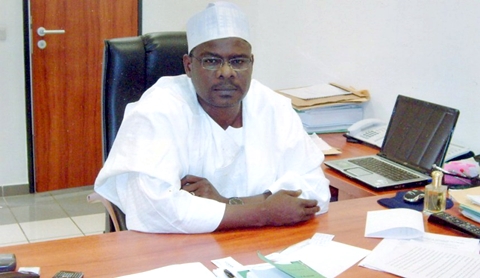 After losing to his colleague, Senate Ahmed Lawan in the keenly contested Senate president election on Tuesday, Senator Ali Ndume said the All Progressives Congress (APC) should commend him for insisting to run.

The Borno South Senator, upon his loss to the APC preferred candidate, Lawan said his insistence on contesting has portrayed the party as democratic.

Ndume who scored 28 votes, while speaking with journalists after the election, said he does not have any regret losing the election.

“Party or democracy without election is not a democracy,” he said.

“That is why it is very important to stand for and defend the constitution. Section 50 (1), that the Senators shall elect the senate president and his deputy from among themselves and that was what happened. When they did that election, I got 28 or thereabout, that is democracy in action, no matter the imperfection.

“If I had agreed with the anointment of Ahmad Lawan as the Senate President, in line with the directive of the party, there won’t have been an election and it would have dented the image of the party and the government. That is why I don’t see myself as a loser. I have won and I think the party should commend me.”

The Senate adjourned till June 13th, after administering the oath on other senators and the new Senate President had made a speech.