Nollywood actress, Daniella Okeke has come under fire from people on social media for allegedly photoshopping her hips in a new post.

The actress is the second person in two days to be attacked for allegedly overediting pictures to show a desired physique.

Also Read: ‘I wanted to abort my 4th Child because of lack of funds” – Kunle Afod’s Wife Reveals

Daniella Okeke is being accused by her fans on social media who thinks that she photoshopped her butt on a pic to make it look ‘extremely bigger’ than how they thought it was in this new photo.

While most of the fans are praising her for her enormous backside, some actually accused her of photoshopping it. 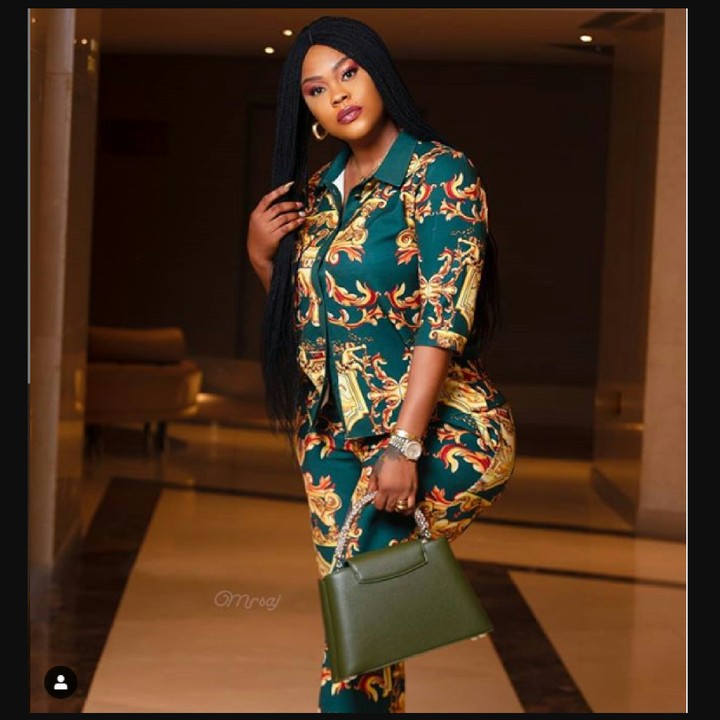 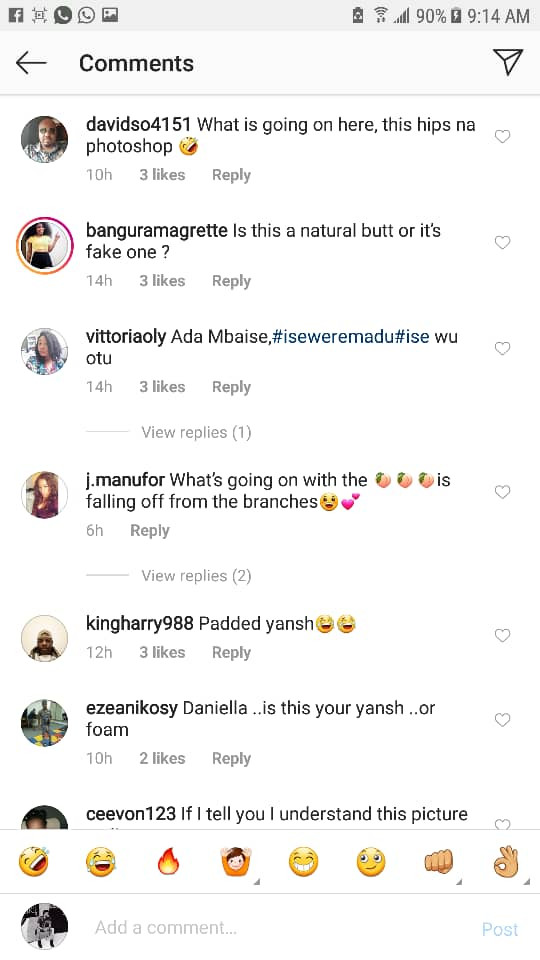 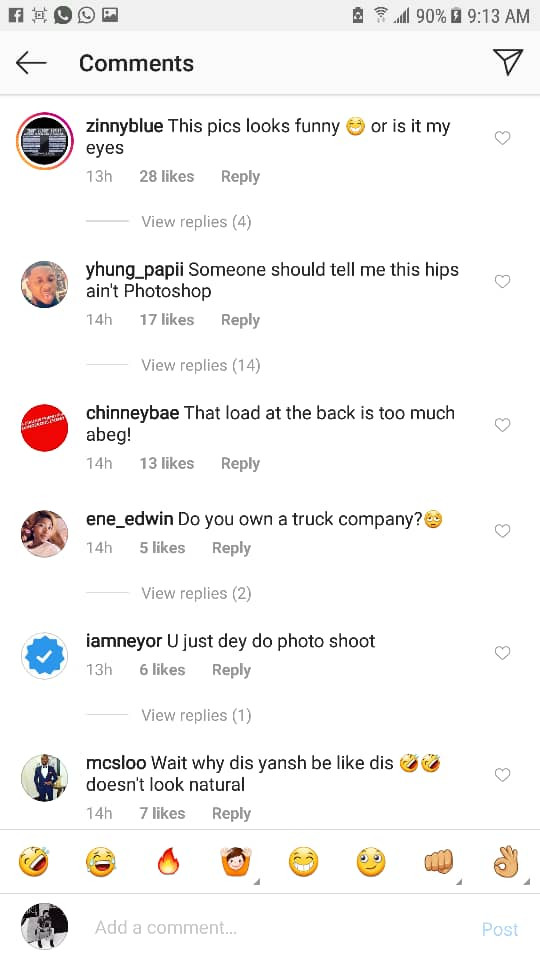 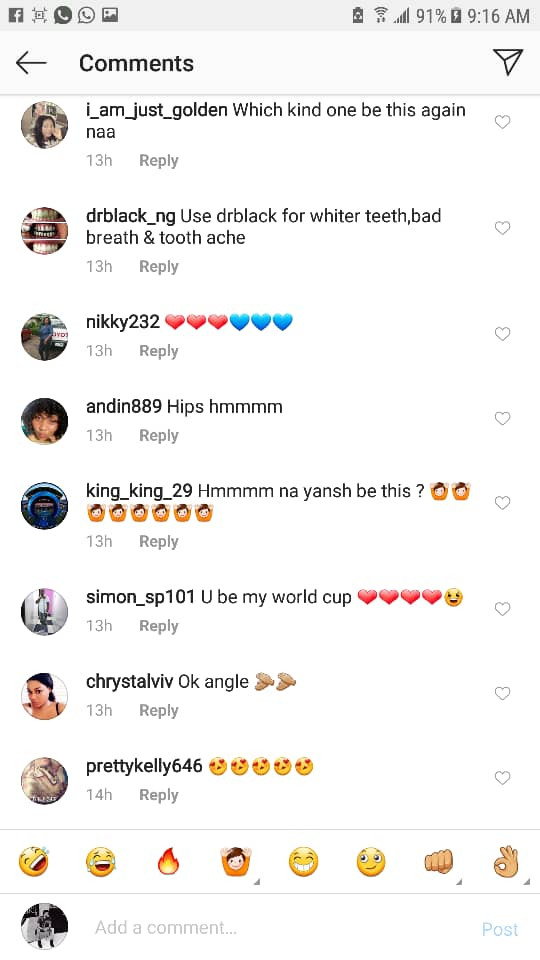