Nollywood actress, Nse Ikpe Etim, has declared that she is no mood to take nonsense comments about her body as she slams a fan who tried to body shame her.

The actress, who is on the set of a new movie with actor, Wale Ojo showed no mercy to a follower who tried to body shame her when she shared a new photo.

Also Read: ‘This must stop!’ – BBNaija’s Bam Bam calls out the police for harassing her brother

The follower wrote on the actress’s photo:

What’s with the neck

I have one… do you have one?

See their conversation below: 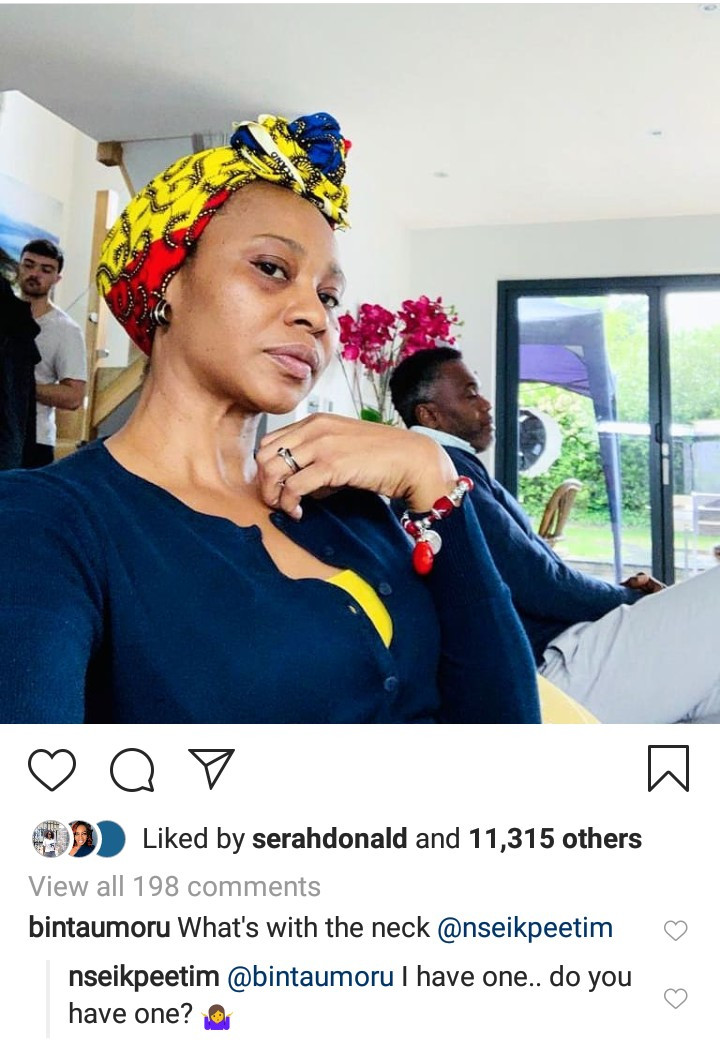