The teenage star posted a picture and she captioned it “I am loved perfectly.”

Reacting to the post, Ned Nwoko’s son, Emzy dismissed the claim that the actress is perfectly loved and he alleged that the actress charmed his father into marrying her in the comment section.

Also Read: Davido Debunks Rumour That He And Girlfriend Chioma Are About To Sue Music Label Boss Ubi Franklin

Not being satisfied with his comment, Emzy took to his page to declare that the relationship between Regina Daniels and his father will soon end. 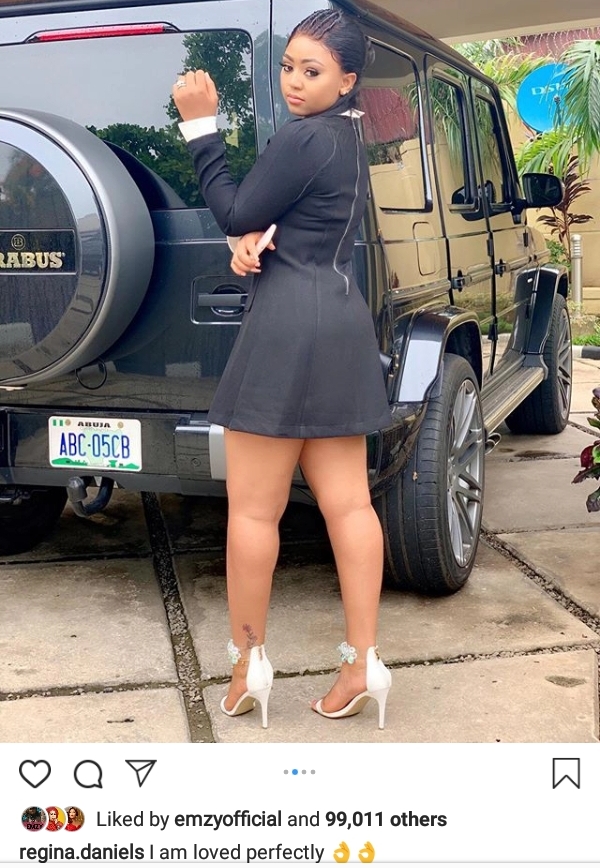 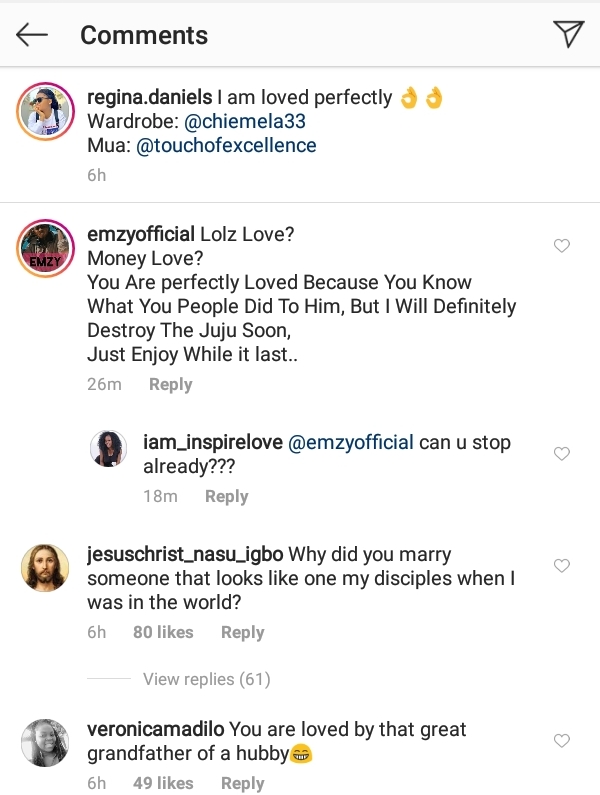 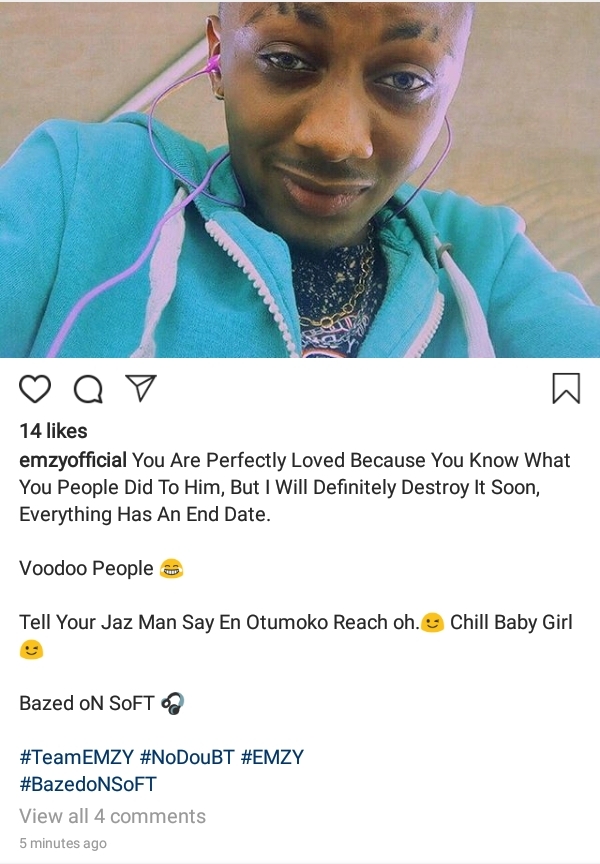