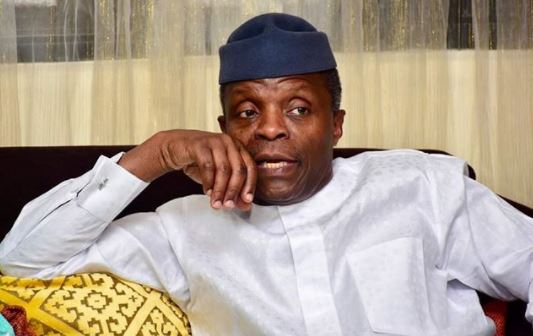 The Yoruba Socio-Political group, Afenifere on Tuesday “condemned” the Vice President Yemi Osinbajo over a recent comment attributed to him saying that the kidnapping stories in Nigeria are exaggerated n the country and sponsored by politics.

Osinbajo who is currently in the United States, reportedly made the statement while speaking with members of the Nigerian community during a town hall meeting in New York on Sunday.

Afenifere described the vice president as a disgrace to the Yoruba race by his “opportunistic and provocative utterances.”

It said after its monthly meeting at Akure, Ondo state, the country home of its national leader, Pa Reuben Fasoranti, the group that the region is still under siege and “overwhelmed by reports of traumatization of our people by Fulani herdsmen/kidnappers/militia all across the Six states in the zone as well as Kwara and Kogi States.

In a communique issued after their monthly meeting which was read by its National Publicity Secretary, Yinka Odumakin, the group said;

“All the reports provided clear indications of failure of state as the security forces have largely incapable or unwilling to safeguard the lives of our people against these Criminals.

” We are not aware of any of them that has been arrested or is under trial at the moment just as all the Federal Government has done so far is to make excuses for the Boko Haram and Miyetti Allah groups that have been accused of so many crimes against the people of Nigeria. ”