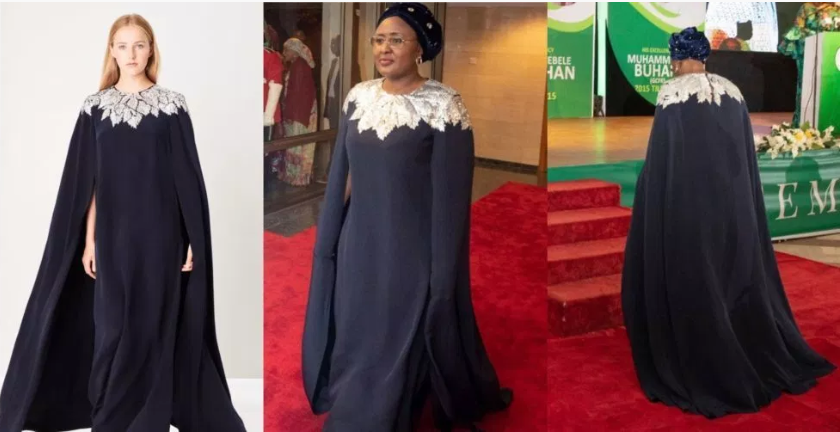 Wife of President Muhammadu Buhari has been a fashionista and no one can deny the fact.

Mrs Buhari not only rocks an amazing fashion style but they also never come as cheap.

The First Lady stirred up a sort of debate after she rocked a stylish Oscar De La Renta dress during the Democracy Day dinner and gala on Tuesday night.

Mrs Buhari has never hidden her love Oscar de la Renta, 2017 she also rocked the brand during a reception she held for her visiting Ugandan counterpart, Janet Museveni.