Nigerian actress and entrepreneur, Annie Idibia has fired back at a troll who called her husband, 2face a “21st Century Father Abraham” on Instagram. 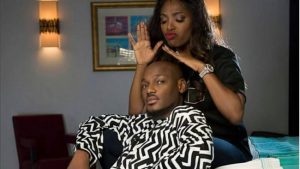 Apparently, the actress had put up a post via Instagram praising her husband, Innocent Ujah Idibia on Father’s Day. She referred to him as the best dad on this planet. She went on to appreciate him for making hard sacrifices to keep their family going. This post, however, garnered many reactions from her fans and followers.

One of her followers identified as @me_swagnel on Instagram took to the comment section to make a joke of the post. It is no news that 2face has seven children from three different women which includes Annie.

According to the troll,

“Your hubby is our 21st century Abraham so all of these blessings are on him.”

However, this didn’t go down well with Annie who blasted the troll. She called the troll a sick person and the joke was stale and dumb.

Read their exchange below: 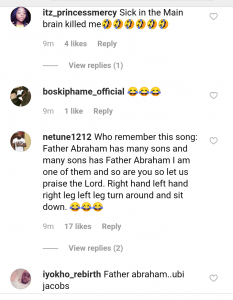 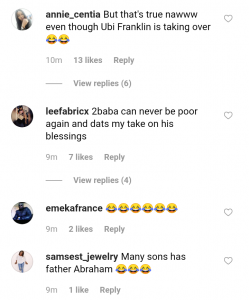