A British court has discovered the sum of £211,000,000 alleged to belong to late General Sani Abacha. 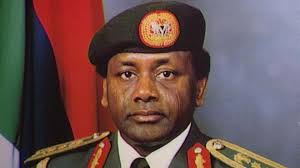 The newly discovered money has been seized by a British court, The money is reported to have been put in an account held in Jersey Doraville Properties Corporation, a British Virgin Islands company. according to a report on MetroNews.

The money is now being held by the government until authorities in Jersey, the US and Nigeria come to an agreement on how it should be distributed.