A fire outburst has consumed a Toyota Car near the Senate Building in the University of Lagos, Akoka around 11.50am on Saturday, 22 of June 2019. 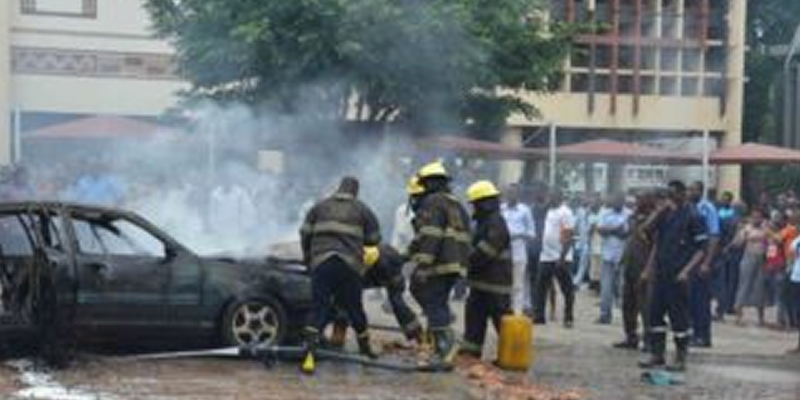 The Fire Outburst which was tagged a ‘mysterious fire’ started by itself as it got the entire car razed.

It was gathered that the University’s Firefighters came to curtail the fire but could not take it out, hence they had to invite the Lagos State Fire Service who helped to salvage the inferno before escalating.

Vice Chancellor of the university who came in disguise to see the level of damage, lauded the fire service for their good work.

No casualty was recorded apart from the damaged car.