The drama continues as Winner of Big Brother Africa 5, Uti Nwachukwu has hit back at those attacking him over his recent statement on social media. 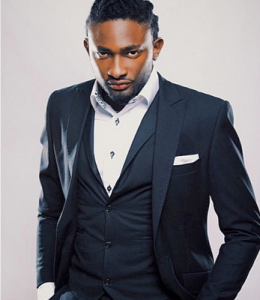 Yesterday, June 20, 2019, the television presenter declared Cee-C as the most successful BBNaija2018 housemate and this certainly did not sit well with many as former BBNaija housemate, Princess condemned him for comparing housemates based on their feats since leaving the reality show.

Although, he has since taken back his words and replaced it with “one of the most successful housemates of BBNaija 2018”. Ex-BBNaija housemate, Ifu Ennada, who was late to the party, came out to criticized Uti over his statement.

“The definition of success is relative..until I give Uti 5 million Naira now come sign am as my first brand Ambassador e no go know say me sef I successful. Lol”

Uti woke up this morning to the criticism and this must have prompted his reply. He shared a photo on his Instagram page with the caption:

“Tufia 😂😂! Another major [email protected] Witchcraft is – ACCUSATION 😭😭
.
Oya, like big green flies 🦟to Hot poopoo 💩…. watch them come out in droves
.
.