Anthony Joshua will be having a rematch with Andy Ruiz in November, following his defeat at Madison Square in New York on Saturday.

Also Read: What Nigerians Are Saying After £211M Abacha Loot Was Recovered Yet Again

Fight promoter, Eddie Hearn, who confirmed that Anthony Joshua will re-match Andy Ruiz, said the clause had been triggered on Tuesday after talks. 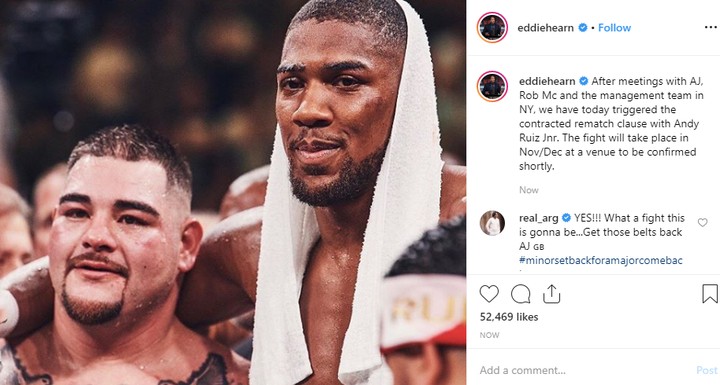