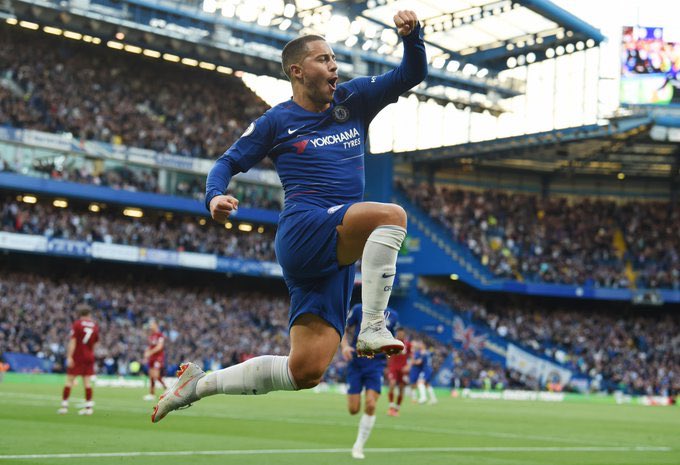 Chelsea football club has confirmed the departure of Eden Hazard to Real Madrid on a five years deals after the Belgian spent five years at the Stanford Bridge.

Eden Hazard while reacting to the move shared that leaving Chelsea is the biggest and toughest decision of his career.

“You now know that I will be joining Real Madrid. It’s no secret that it was my dream to play for them since I was a young boy just scoring my first goal.

“Now the clubs have reached an agreement I hope you understand I had to pursue my next chapter, just as each and every one of you should when you have the chance to pursue your dreams.

“Leaving Chelsea is the biggest and toughest decision in my career to date. Now it’s in the open I would like to put on record one thing was always clear to me, I have loved every moment at Chelsea and not once did I ever consider, nor would I have left for any other club.”