According to him, Timi Dakolo’s wife Busola used to be a sex worker. He went to further to allege that he was trying to extort money from the pastor and ended up in his room.

Also Read: ”If you had this COURAGE in you to do an INTERVIEW, why did you not go to the Police Since You Are So Sure” – Nollywood Actor Queries Busola Dakolo

She used to be a Sex worker. It wasn’t a rape at all. She might have been trying to extort money from him and ended in his room. She tagged it rape In other to save her marriage , because her husband became aware of the event that happened years ago. Which might course chaos in the family. Believe her at your own risk . I stand with @biodunfatoyinbo 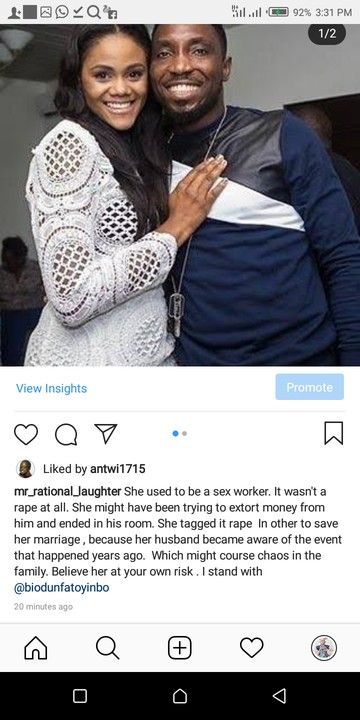