Now we can let sleeping dogs lie as Ubi Franklin’s soon-to-be baby mama, Sandra Iheuwa has revealed that she has finally gotten her money back. 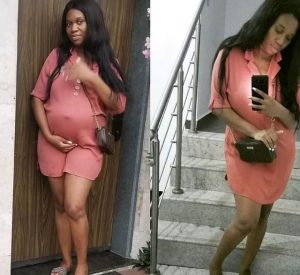 It seems it is a common thing for people to air out their dirty laundry on social media. Recall that last month, She called out the Triple MG CEO claiming she borrowed him N8Million in. 2017 for his business, child support and other things he had to sort out, when they initially met in America. She disclosed that he was yet to re-pay the remaining N4Million which was due in March 2019 according to the agreement they had. She also shared that she was pregnant for him and debunked claims that she gave him the money so he could marry her.

Well, she has recently took to her Instagram page to break the news that he has paid back the money by a post she shared. She shared an image which reads;

“My money has been paid. case closed”.

She went further to caption the image with the words;