Former big brother Nigeria housemates, Cee-C, Khloe and Alex have also called out Pastor Biodun Fatoyinbo and Wale Jana who defended him after being called out for rape by Timi Dakolo’s wife, Busola Dakolo.

After the news broke out, social evangelist, Wale Jana declared war on Timi Dakolo and his family, as he claimed that the singer and his wife are morally bankrupt to call out the Pastor of the church he attends.

Reacting to this, Cee-C, Khloe and Alex stated that nobody has a right to try to silence or discredit women who speak up against abuse because it takes a lot of courage to do so.

Also Read: ”If you had this COURAGE in you to do an INTERVIEW, why did you not go to the Police Since You Are So Sure” – Nollywood Actor Queries Busola Dakolo 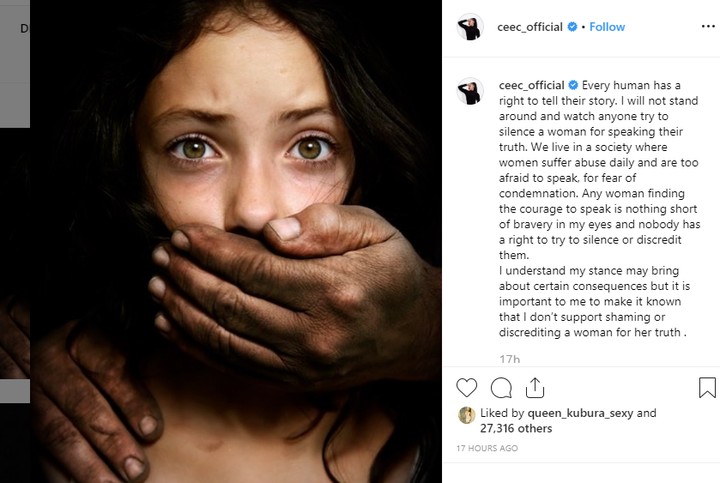