Checkout the reactions of people to the tweet ‘Who is a better artiste, Zlatan Ibile or Kizz Daniel’? 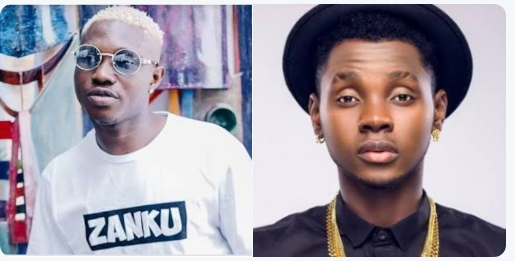 Twitter is lit with debate after a social media influencer took to the platform to ask who is a better artiste between Zlatan Ibile and Kizz Daniel.

The influencer had tweeted;

So was discussing with friends earlier today & i said i will ask Twitter. Sentiments aside, think & reply as a fan, show promoter, brand looking to endorse either of them, a music critic & someone looking to sell tickets. Who is a bigger artiste atm between ZLATAN & KIZZ DANIEL

This tweet has since gotten many talking and dragging Zlatan as they see it as a disrespect to compare Kizz to the Zanku crooner.

Checkout some of the reactions below;

Since we are all Mad in this Country..How can you be comparing Zlatan and Kizz Daniel, That comparison should be between Slimcase and Zlatan..Zlatan is a good singer but kizz is just raw talent himself.. Let's not be unfortunate please #Nobadsongz pic.twitter.com/2JY4XSq3rk

I was just arguing with my wife about Zlatan and Kizz Daniel.

I told her Zlatan was even a better Artist than Kizz Daniel and Tiwa put together.

She threatened me to poison me.

Kizz Daniel is an A-list Artiste

Zlatan is a periodic artiste…
When Zanku dies, he will die
Ask SlimCase, Mr. Real and Shaku Shaku for more

But when it comes to selling tickets, ATM I strongly believe Zlatan will have more numbers…

For those comparing Kizz Daniel and Zlatan:
Please tell me the international collabo Zlatan has… I'm waiting.
I mean can your Zlatan even do 4 bars in good english? #Zlatan #KizzDaniel #Kizz

People comparing Zlatan with Kizz, I mean no disrespect to Ibile but Daniel is a raw talent.

Yesterday I saw the Zlatan Kizz Daniel comparison, I was like, this peeps ain't serious.
Like for real, you guys comparing Kizz Daniel, the FlyBoy to Zlatan, oh no na, this is not like it.