It is the pregnancy rumors season, as celebrities ranging from Simi, to Tonto Dikeh have been reported to be pregnant or show signs of pregnancy.

Over the weekend, news broke on social media that Davido might have knocked up his 2 years old relationship girlfriend, Chioma Avril Rowland.

Also Read: Don’t Just Wank Away, Monetize It – Nigerian Doctor Says As He Shares Details Of Fertility Clinic Where Sperm Are Bought For Outrageous Amount

On Tuesday, a troll asked Chioma to confirm rumors making the rounds about her being pregnant for her singer boyfriend and Chioma was just not having it.

The troll slid into her DM to ask questions concerning the rumors but got the shock of his life as Chioma slammed her.

YOUR MOTHER AND ALL YOUR SISTERS ARE SENSELESS. DID I TELL YOU THAT I’M PREGNANT? MUMU 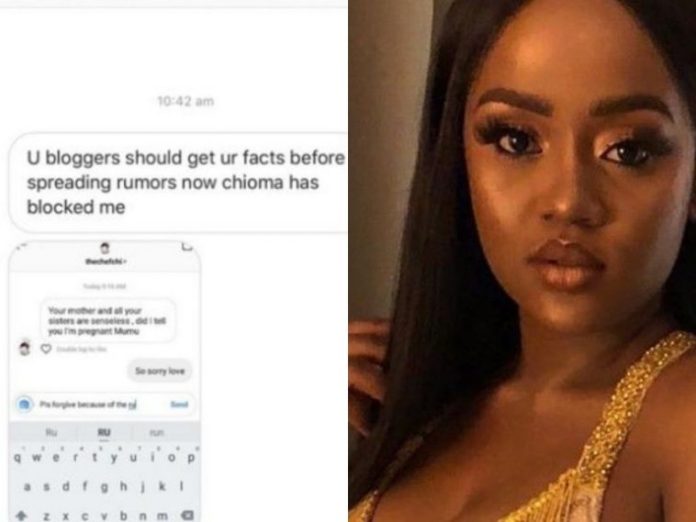