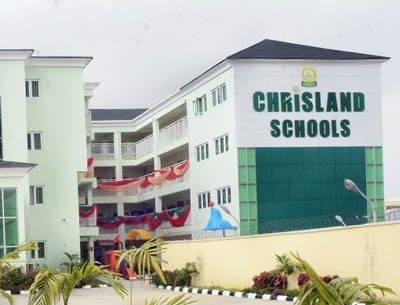 The case of 47-year-old Supervisor at the Chrisland School Lagos state, Adegboyega Adenekan, was continued in court yesterday as a 4th witness appeared before a judge.

Recall Adenekan is accused of defiling a 2-year pupil of the school in November 2016. Yesterday June 18th, the school’s Deputy Headteacher  Mrs Adeola Adebola, appeared in court as well telling the Ikeja Sexual Offences and Domestic Violence Court that the child’s mother coached her how to falsely accuse the school supervisor of defilement.

“The defendant is my colleague and was a supervisor in the upper Chrisland Primary School. The incident was reported to the headteacher, and being my immediate head, she brought the allegation of defilement to my attention. There was a meeting on Oct. 18, 2016, the headteacher invited the child’s mother and she came in with a lady called Titi. My headteacher was reluctant about her presence but the mother assured her that she was someone she trusted”.

Adebola further told the court that the mother told the meeting that no one lived with her family and that she did everything by herself, a claim that was faulted by her daughter.

‘Mr Adenekan put his wee in my wee and poured dirty sand in my wee’.

Adebola went on to say that she asked the child if she knew where the alleged defilement occurred and asked that the victim identify where it happened.

“When we got to the place where we have our assembly, she said, ‘This is the place.’ Her mother was visibly embarrassed and we were shocked. The mother said to her that there was another place she told her, and the girl looked at her and started walking toward the canteen area. We got there and it is a more open place, and the child said,’ This is the place”, and her mother got more jittery. These areas the child showed us are open and very busy with people going out and coming in,” Adebola said.

“We don’t have a male class teacher in the nursery section. School starts by 8.00a.m., and by 7.30a.m., we expect children to be in school. It is only the class teacher and the assistant who can go with children to the bathroom. The defendant does not participate in our assembly because the assembly is different from where he is. He is the supervisor of upper primary and the headteacher and I go round the school to ensure that things are done properly,” she said.

“Mr Adenekan does not have an office to himself, he shares office with two other supervisors. The office is on the first floor and has an outer oom where photocopies are made by Mr Muri, the school Clerk. The child’s class is next to the toilet, and they are always followed by the class assistant to the toilet. Parents or guardians, in order to pick them, must show their pickup cards to the educator.I was shocked at the allegation, the defendant’s section is different from ours, we usually don’t do things together. The management of the school were immediately informed and it called in a disciplinary committee and did its own findings to see if the allegation was true or not,” she said

Adebola went on to say that although she did not know Adenekena before his employment by Chrisland School, she sees him as a responsible man.

“Having worked with someone for four to five years, you will know him considerably. I have no doubt as to his character. Sometimes, during a long vacation, we have seminars and group learnings together, and from there, I got to know him. Part of my shock is that the child knew him despite the distance, that is why we are her. I was with the child at the school clinic and I am aware that she drew a ‘wee-wee’ there. By my own judgment, children can draw anything,” she said.

The case was adjourned till June 25 for a continuation of trial.