Popularly Nigerian singer, Oladapo Oyebanjo, better known by his stage name, D’banj, or the Kokomaster has revealed how he manages to balance between his music career and marital responsibilities. 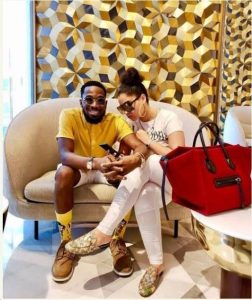 In an interview with Vanguard, he explained some of the things he does to keep the peace of the home and still remain relevant in the industry.

“It’s been very hard but the truth is one just has to understand what he/she is doing.

when you see the actors or footballers in the club, they’re just normal people, but when the footballers put on their jersey and get on the field, they’re different people entirely.

I was with Obafemi Martins in the club recently and he was just a normal person but when he wears the jersey, he’s a different person. So like I said, one just needs to understand what you do. As an entertainment person, it’s part of me.

When I wear my costume as D’banj, I get to entertain my people but then I’ve my privacy and if you check it properly for the last decade, even if I’m out there I keep my private life very private.

“I really don’t know, I just do what I do. But I think it’s just by doing what I know how to do best and being true to myself, being original. Also, believing in God and touching base with your foundation, where you’re coming from. For a very long time I’ve always tried to understand my calling, I think that’s one thing that has helped me to get to this level and it’s been an interesting ride.”he continued.